This year, Graffeg are teaming up with Books Council of Wales to publish two books in their 2022 Quick Reads scheme. One of the main aims of the Quick Reads series is to encourage readers who are less confident in their reading abilities to pick up a book. Four titles are published annually in Wales – 2 in Welsh and 2 in English – and they cover a wide range of themes.

The initiative is coordinated in Wales by the Books Council of Wales and supported by the Welsh Government. Find out more about the two books we'll be publishing below. 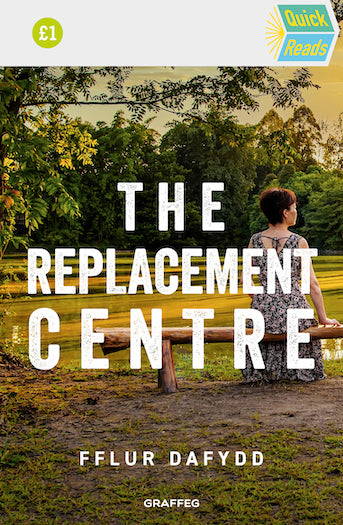 The Replacement Centre by Fflur Dafydd

Set in a slightly alternative reality, when a husband or wife in the community dies the grieving partner can get a replacement; they get to choose one who looks similar. But there is a mystery surrounding where the replacements come from and if they are content to play this role. Or are they instead planning an escape?

Fflur Dafydd is an award winning novelistand screenwriter who writes in Welsh andEnglish. Her second novel Atyniad won theProse Medal at the 2006 National Eisteddfodand her third novel Y Llyfrgell won the DanielOwen Memorial Prize in 2009. Her novelTwenty Thousand Saints won the EmergingWriter award at the Hay Festival in 2009,and she became an International Fellowof the Hay Festival in 2013.

Return to the Sun by Tom Anderson

A surf-obsessed brother and sister from South Wales, Caio (19) and Chloe (25) embark on a journey in a camper van. The van was given to them by their father Geoff, a well known local surfer who has just passed away. Geoff had a reputation for telling wild and wonderful stories, and his last request was that his son and daughter take the van to Morocco, via France and Spain. Their goal is to find its seventies owner – Geoff’s best friend with whom he has lost contact. But there’s a bit more to Geoff’s request than they realise.

Tom Anderson lives in Porthcawl, West Wales, is the author of acclaimed surfing travelogue Riding the Magic Carpet and was awarded a Welsh Arts Council Bursary for the journey that became Chasing Dean. He is a successful competitive surfer and writes regularly for several surfing magazines, as well as being a senior committee member of the Welsh Surfing Federation. 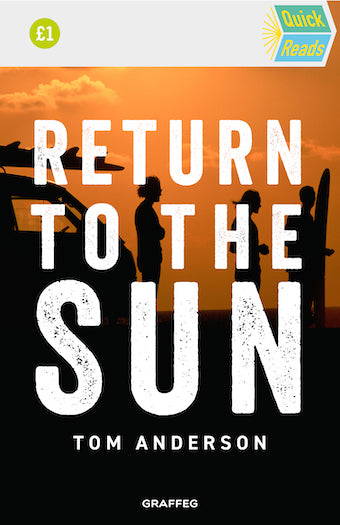 These short, entertaining books are aimed at adults who find reading a struggle or who’ve lost the habit of reading. They’re also perfect for readers who are short of time! Priced at just £1 they are a small investment with a big reward. Have a read and let us know what you think.