Happy publication day to Y Bachgen, y Wahadden, y Llwynog a’r Ceffyl (The Boy, The Mole, The Fox and the Horse), written by Charlie Macksey and translated into Welsh by Mererid Hopwood.

First published in English by Penguin in 2019, The Boy, the Mole, the Fox and the Horse has struck readers worldwide with its gentle life lessons about the power of friendship. Having sold over a million copies and been translated into 22 languages, it is now available for the first time in Welsh. 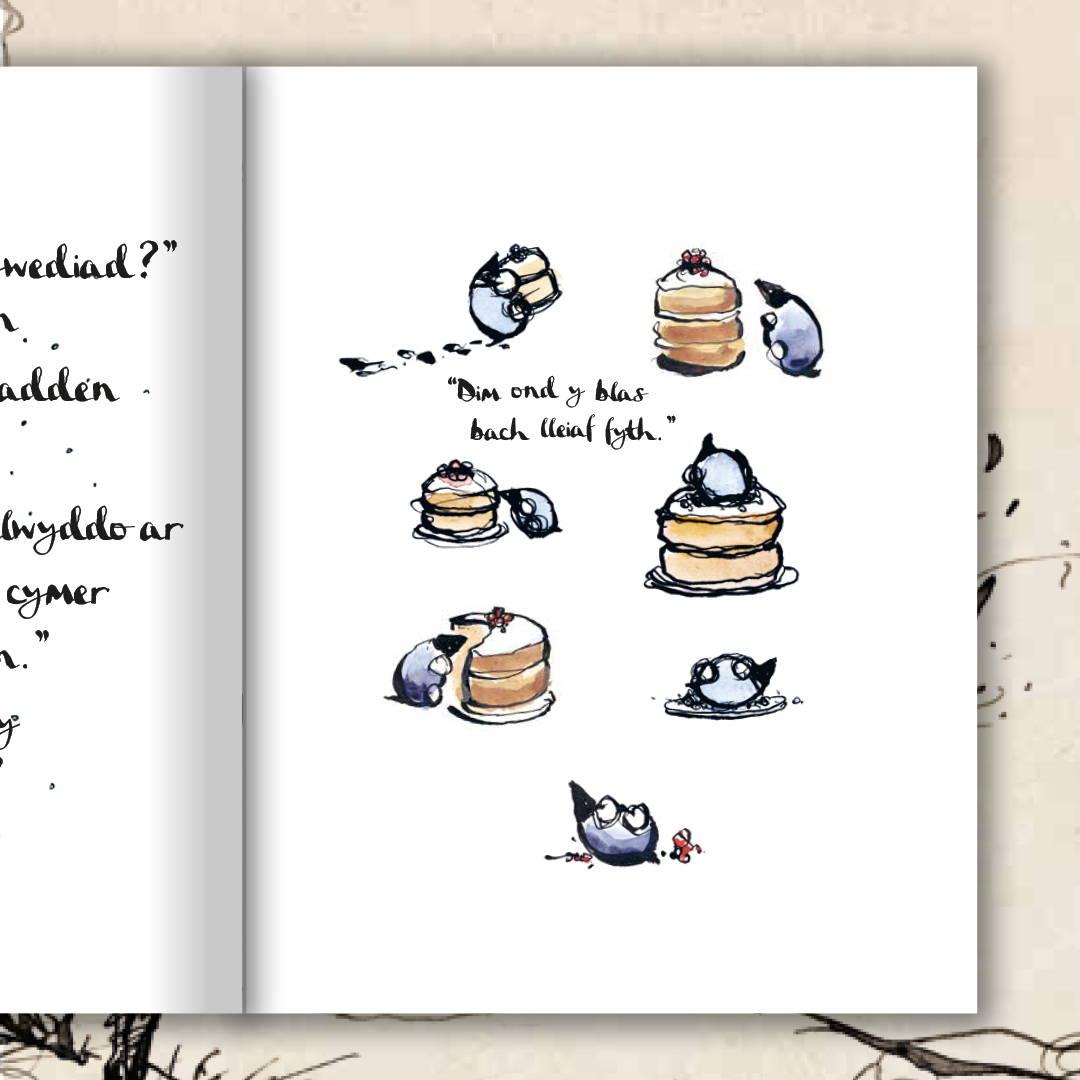 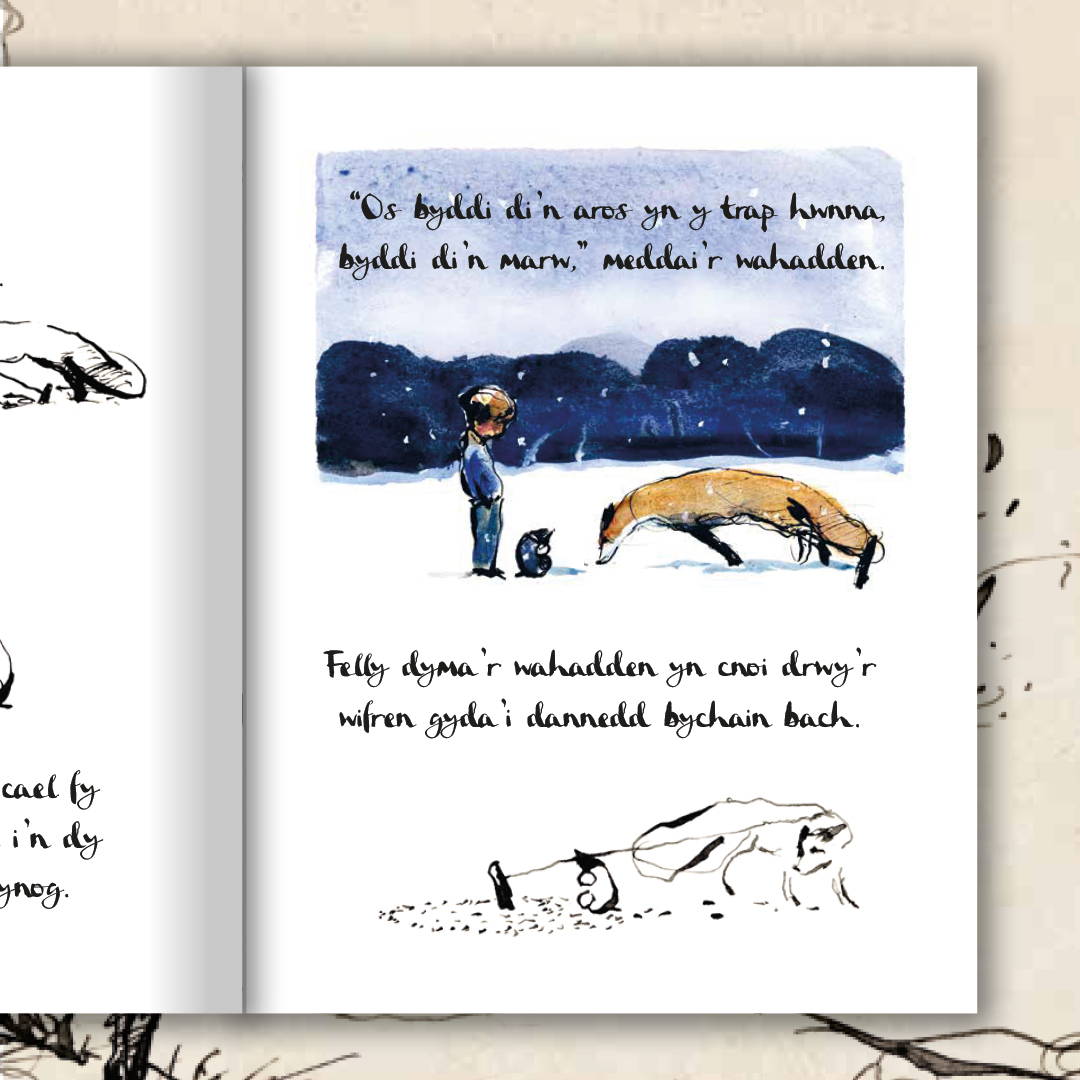 As one of 2019 and 2020’s best-selling books, TheBoy, the Mole, the Fox and the Horse tells the story off our unlikely friends who remind us all, whatever the age, about the importance of friendship, kindness, compassion and empathy. Accompanied by beautiful illustrations by Charlie Mackesy, this inspiring story has made Charlie a household name across the globe, whilst also generating awareness about mindfulness and empathy with people of all ages. 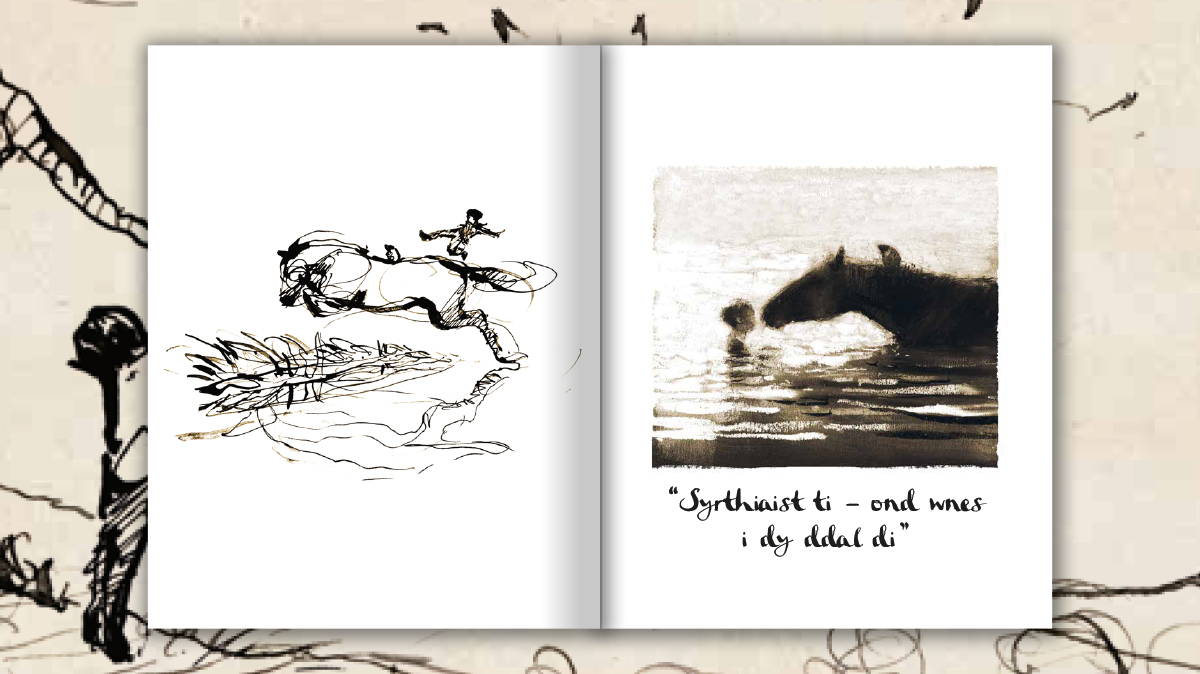 The winner of the Waterstones Book of 2019 and shortlisted for the British Book Awards non-fiction lifestyle book of the year 2020, The Boy, the Mole, the Fox and the Horse has also received positive reviews from many celebrities, including Richard Curtis (‘A wonderful work of art and a wonderful window into the human heart.’), Miranda Hart (‘Simply, the world needs Charlie’s work right now.’), Elizabeth Gilbert (‘The world that I am required to inhabit is this one, but the world that I long to inhabit is the one that Charlie Mackesy has created.’) andBear Grylls (‘Love, friendship and kindness – this book speaks a universal language of the heart.’). 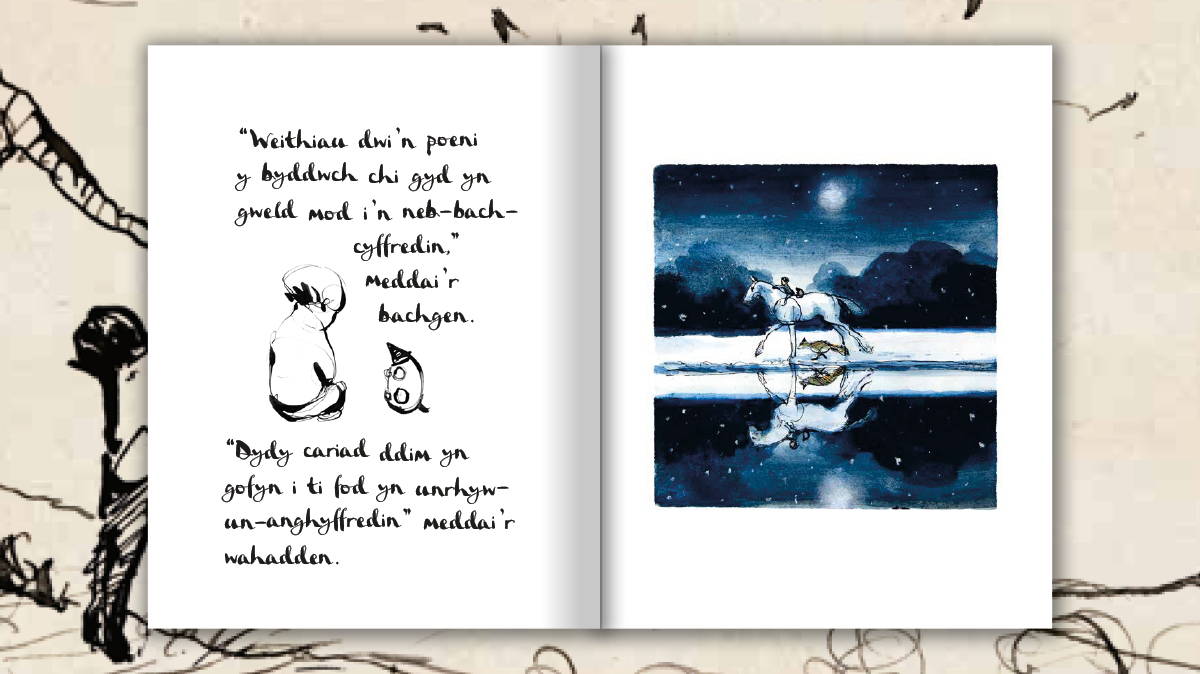 The Boy, the Mole, the Fox and the Horse has been expertly translated into Welsh by Mererid Hopwood whose work also includes the Welsh adaptation of Robert MacFarlane and Jackie Morris’s The Lost Words, Geiriau Diflanedig, and is the perfect gift book for any Welsh speaker.

Matthew Howard, Graffeg Publishing Director, says:‘A publishing phenomenon since its launch in 2018, Graffeg are delighted to add Welsh to the global list of languages this book is available in. Mererid’s translation is, as ever, both sensitive and thorough, ensuring that the essence of the book, the core values of care and empathy that readers around the world love, have been maintained.’

Charlie Mackesy began as a cartoonist for The Spectator and a book illustrator for Oxford University Press before being taken on by galleries. He first exhibited drawings in London, in the Park Walk Gallery, and has since exhibited in galleries in New York, London andEdinburgh. Charlie’s work features in books, private collections and public spaces, including HighgateCemetery in London, in hospitals, prisons, churches and university colleges around the UK, and in women’s safe houses around the world. One of his happiest times was making drawings for Richard Curtis on the set of Love Actually so they could be auctioned for ComicRelief. He produced ‘The Unity Series’, a collaborative set of lithographs, with Nelson Mandela in 2006. His journey with the boy, the mole, the fox and the horse has consumed him. He lives in their world a lot of the time and has loved making the book. Their adventures will continue.

Mererid Hopwood was the first female poet to win the Chair at the National Eisteddfod (2001) and two years later won the Crown. The novel O Ranalso won her the Prose Medal in 2008. She was the Bardd Plant (Welsh Children’s Poet Laureate) in2005 and winner of Wales Book of the Year (poetry)in 2016 with her volume Nes Draw. In September2019 Graffeg published Mererid’s Welsh adaptation of Jackie Morris’s popular children’s book Tell Mea Dragon, titled Ga’ i Hanes Draig?. Mererid went onto adapt Robert Macfarlane’s poetry in the award winningThe Lost Words (Hamish Hamilton) into Welsh as Geiriau Diflanedig, published by Graffeg inOctober 2019.